“On the 24th of June, the Administrative Court of Cergy-Pontoise rejected all the appeals against the
building permits of the Hermitage Plaza towers…Since we announced our intention to build the towers with Norman Foster, (2009-2010?) one of the world’s leading architects, we had to face a fierce and vindictive opposition that initiated numerous appeals. In the end, fortunately, the law prevails.” – Emin Iskenderov

This sturcture which will be the largest mixed use building in Europe is a joint venture between Russia and France. It will create 5,000 jobs during its construction and 3,000 direct jobs for its operation. The towers will be best-in-class in terms of technical efficiency and sustainable development.

Some of the most powerful people on the planet were behind this project.

Yet it still took 5 plus years to get it green lit.

That’s why France is considered THE most transparent real estate market in the world.

No matter who you are you can’t just throw money around and expect to get things done.

You have to accept this is the way the French do things.

You have to deal with the burearcracy, go through the motions and be patient and persistent.

It’s the only way to make things happen. They’ve been around for thousands and thousands of years.

As for your time schedule?

Guess what? No matter who you are, you can wait. 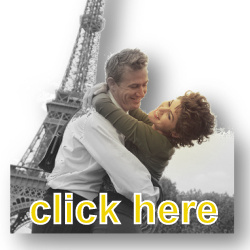